Future proofing EMC and Radio compliance testing for a product is a difficult activity. However, it may not be an impossible task. Some markets such as the FCC for the US and RCM for Australia require the product to be compliant and a declaration or certification be produced for the life time of that product. Testing usually occurs just prior to the product being made available or marketed.

However for CE marking to the new 2014/30/EU EMC directive a single EU Declaration of Conformity (DoC) that is continually updated. This means that gap analysis of the superseded EMC standards and the allowable EMC standards as per the Official Journal of the European Union (OJEU). In some cases, the product standard may have completely changed. Upcoming notable changes would be the introduction of EN 55032 replacing  EN 55013, EN 55022 and EN 55103-1. Visit our blog page for more information on the changes in 2017 for EMC testing multi-media equipment. 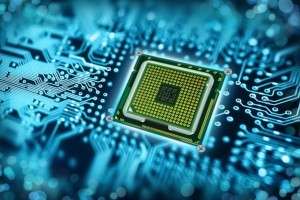 Bearing this in mind and the constant revisions of the standards it is diligent to have a deeper look at what standards change and how frequently they do so. Most EMC standards have evolved slowly, some with only minor changes. Within the OJEU usually, it will list different versions of a standard or have notes referring to new standards. In the transition period, either standard is acceptable. However, sometimes it can be advantageous to perform testing to the older standard. Factors include the cost of the EMC Testing, company historical testing regimes, the EMC Laboratory capability or accreditation status or even in some cases EMC Compliance Testing itself.

Sometimes the components in the standards that have been updated may not affect a particular product’s compliance. Or maybe prescribed operating modes during testing were already used when testing the product etc. This is the best case scenario, as the old EMC Test reports methods and results would still be technically valid. In some cases, these changes to the standards may affect test equipment calibration techniques for example. If the equipment used for the testing to the superseded standard also complies with the new EMC standard that is presumed compliance would to the standard still be met. However, sometimes this would not be the case.

A good example of this may be a transient generator used for immunity testing. Transient immunity testing is usually required for applicable products. The stress level and characteristics of testing outlined in the relevant product standard. The Electrical Fast Transients (EFT) generator component was manufactured using a spark gap to produce the fast transients. The standard was superseded and the fast transients no longer met the requirements of the standard when calibrated. Whilst the same generator surge component still complies with both the superseded and the current surge calibration requirements. Thus the fast transient component would need to be assessed for compliance against the latest product testing standard.

With radio transmitters used for wireless communications, the testing evolves as fast as the technology which is very fast in comparison to EMC testing. This then, in turn, means that a transmitters may not comply with the Radio Equipment Directive (RED)or the old R&TTE Directive a few years after the product was initially tested. So how can you future proof against such a rapid change in acceptable radio equipment testing standards? Well, the answer may be to source a modular approved or certified wireless module incorporated into your product. If the supplier of the wireless module and is an expert in the wireless field they may continually perform the gap testing and amend their documentation and listing accordingly. This way saving the overhead of re-testing, technical knowledge and most importantly time and money.

EMC Bayswater is not declaring that future proofing EMC and Radio compliance testing can be 100% achieved for every product. But by applying the latest product standard accepted in the OJEU it can extend the life time of compliance. By using reputable wireless module manufacturers the impact upon compliance can be minimized or completely avoided. Provided that they keep pace with standard changes and apply any gap analysis and re-testing as required.